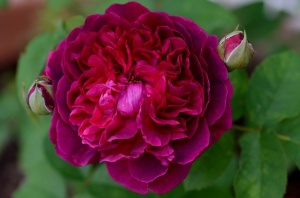 William Shakespeare is perhaps the greatest writer that has ever lived. Certainly, anyone whose works are still being performed about half a millenium after their death and whose words have passed into the vernacular has to be in the running for that accolade.

The power of Shakespeare’s stories in unquestionable. It’s their compelling quality that interests me the most here. We’re all in the business of telling stories, but few of us stop to think closely about this. We may only have an audience of one, but I think our stories are just as powerful as his. The question is, what’s your genre? Tragedy, comedy or something else?

Surprise, surprise, I’m in the tragedy genre. I constantly tell myself pernicious stories, like the one about how I’m a failure in almost every area of my life, that my past dictates my future, that I can never have what I want and that life is awful. It would be understated to say that for the last 45 years that I’ve been a pessimist.

I need to find new story myself, one that is every bit as powerful as the one that I want to replace. It would be good if it was like William’s rose. In my garden he is a reliable rose, not as big as his neighbours Darcy Bussel and Munstead Wood, but equally beautiful and rich in colour. I need a story as redolent in scent, texture and beauty, a story so bewitching that I’ll come under its spell completely.

This new story also needs to be able to withstand neglect. After all I’ve been down this path before, many times. Really, I’ve probably spent more time off the path than on. Whatever the story is it needs to be up to live on during the times that I inevitably forget it; when I am back in the thrall of the old story.

Have you succeeded in being your own bard? Why don’t you share your story so that it grow onwards?